Mr. Gold's Comments About The Movements

The Movements is a moving meditation which brings the body, emotions, mind and spirit into total Harmony. It works instantly.

The effects are similar to Tai Chi and Yoga and . . . something more. It transcends them.

The Movements smoothe the lumps in one's being. They harmonize the electrical field, dissolve anomalies in your being.

This leads to better functioning and simply being comfortable in your skin. You feel good in your body.

They are related to tribal dances and rituals, ancient temple ceremonies and also include kata components. (Kata means form, as in a form in martial arts.)

The teaching of the Movements comes to us from a number of ancient sources, including vases, wall paintings, frescos, statuettes and most importantly, the metaphysical science of psychometry.

There are 7 series of The Movements, each related to one of the Bodies of Man.

Some of The Movements series have never been given, neither have the inner exercises. 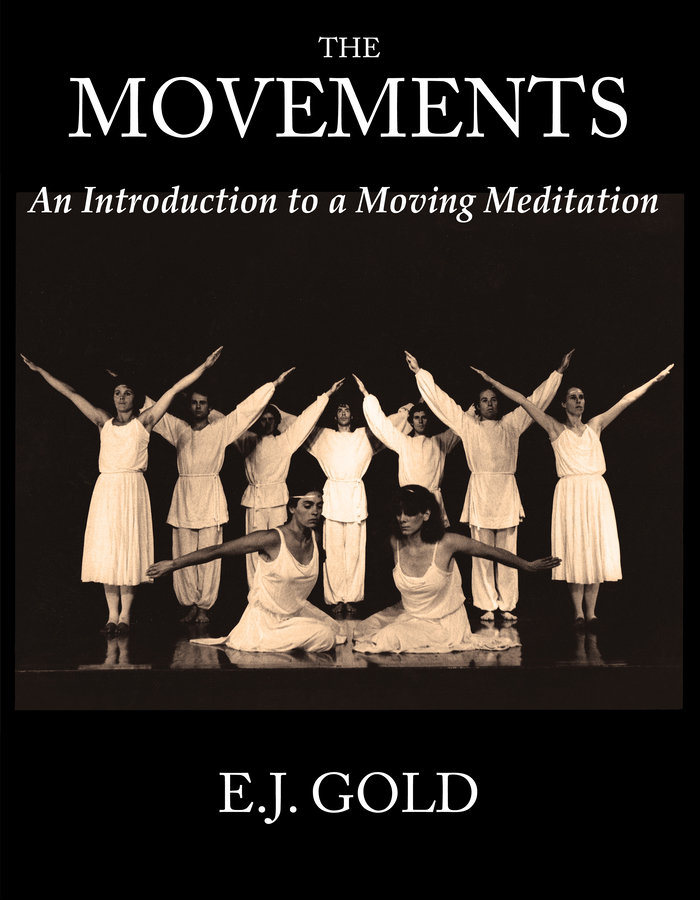 The Movements -- An Introduction to a Moving Meditation (book/pdf)

(Pretty much a must for anyone studying The Movements)

"The Movements is an artful moving meditation. During the practice, body, mind, heart and essence may align, leading to esthetically higher, transcendental realms of experience. It opens a flow of energy that cleanses and heals disruptions in the machine. Working with the Movements daily expands the range of motion in the body, while developing an overall subtle sensitivity." - Paula Andrea

(A useful tool for beginning and advanced work with The Movements)

"The Movements is a moving meditation which brings the body, emotions, mind and spirit into total Harmony. It works instantly."

These cards contain a premium upgrade called UV Coating that makes the printed components more durable. These cards also are embossed with a linen texture. 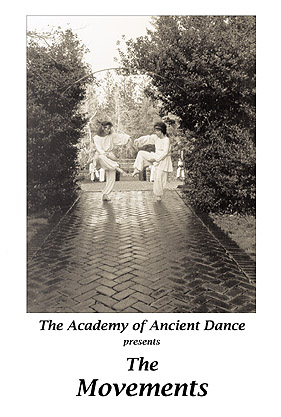 Movements by the Academy of Ancient Dance (dvd)

(Good for practicing postures from Series 1 to Series 5)

E.J. Gold, from off camera, directs Tabatha Jones in demonstrating The Movements postures from series 1 - series 5. The Obligatories and The Rhythmics.

E.J. offers very useful guidance and commentary to improve and enhance the practice.

In this video Tabatha shows the postures in front, side and back position.

Useful to practice the postures, and for getting a sense of The Obligatories and The Rhythmics. However, if you are interested in learning the last two, we recommend you watch 4) Introduction to the Rhythmics -- E.J. Gold & T. Jones

The new series of movements, including the Afghani rhythmics, as presented by E.J. Gold to a small group of senior students, has been for years the morning exercise used by Core Group at 5:30 a.m. every morning. 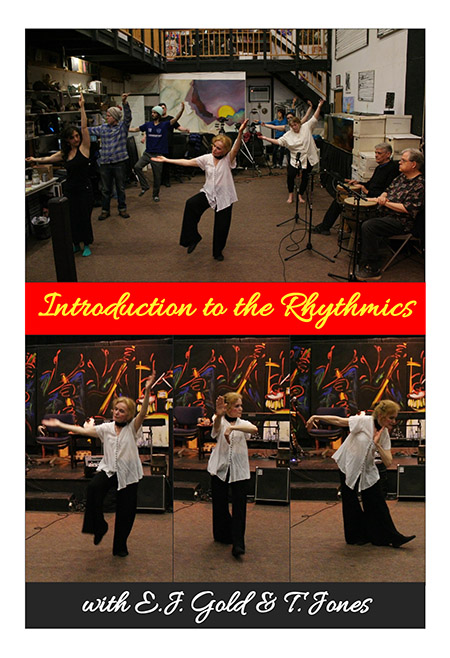 Introduction to the Rhythmics (dvd) 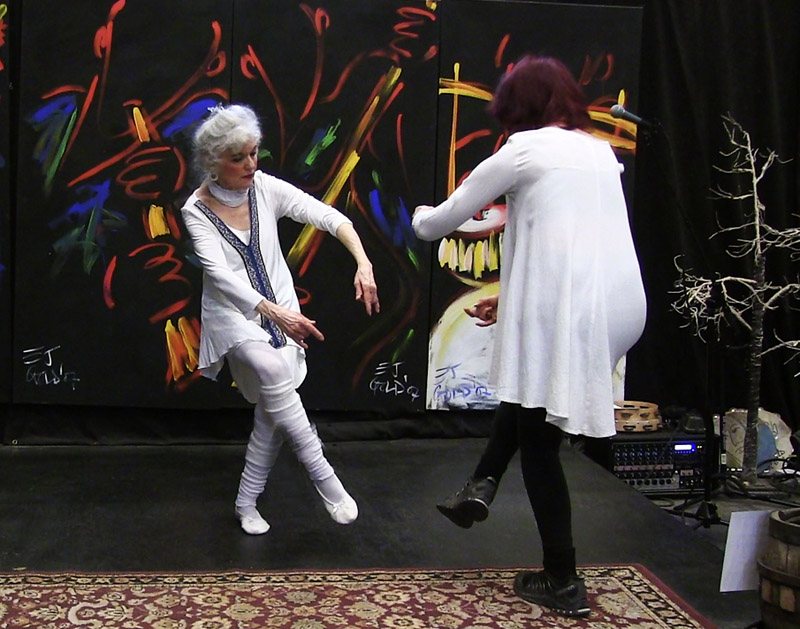 (Good for learning and practicing postures from Series 1 - Series 4)

This Movements Clinic was designed as a tool for establishing one's individual practice and study of The Movements created by E.J. Gold.

The four sets of postures with their transitions are demonstrated from the back and the front view.

Also shown are eight warm up exercises which will help improve balance, a fundamental skill needed for practicing The Movements. 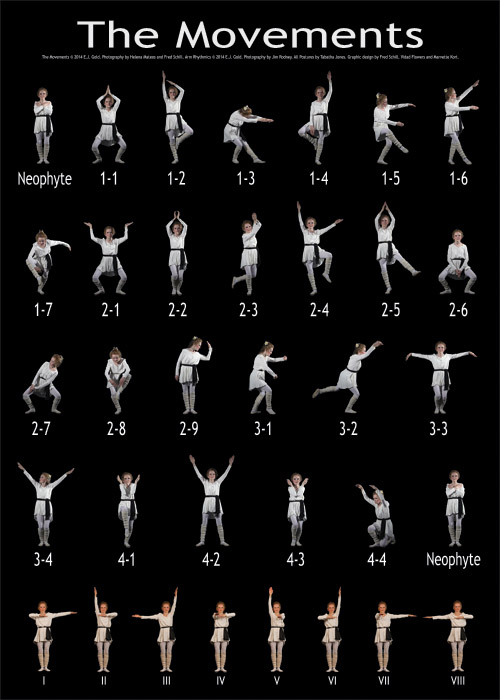 (Good as a visual reference for your practice)

The Movements Poster is now available as a handy reference.

This poster provides still images for each of the targeted postures. Many find it an essential reference for their beginning, intermediate or experienced practice. The photos of each posture serve as a mark or target for the practitioner.

The advanced students come to know that the transition between each posture is its own quest.

As a bonus, the eight basic postures of the Rhythmics are included in the last row. These, too, are essential for Movements practice, and like the Movements, there are layers within layers in this spiritual dance practice. 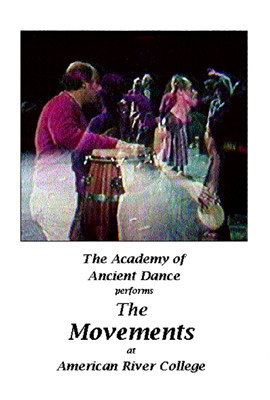 (A good introduction to the invocational nature of The Movements ) 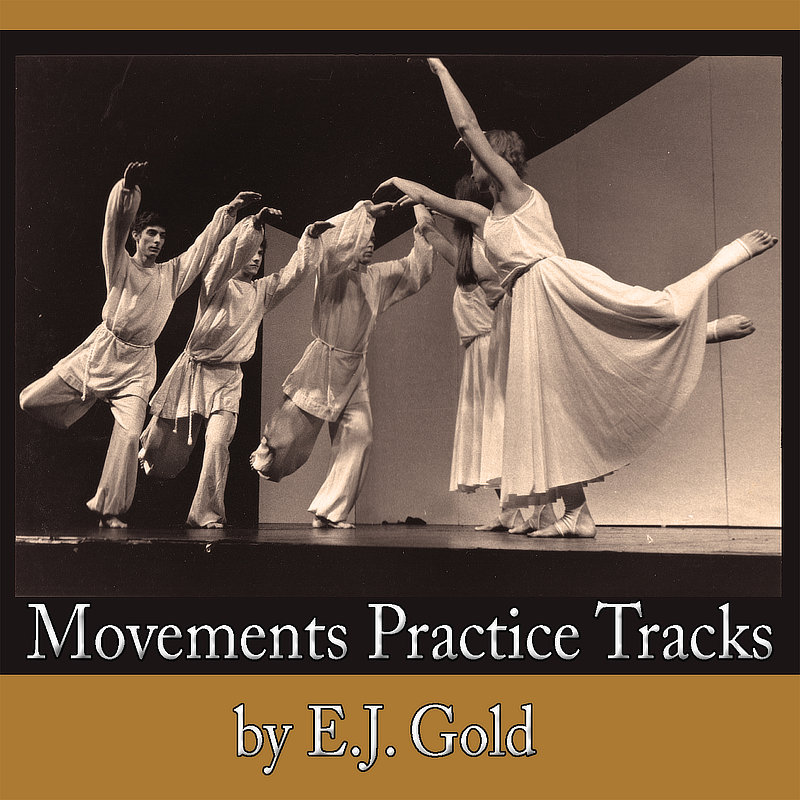 These tracks were selected for The Movements practice. They vary in tempo and mood providing a unique background for each practice. 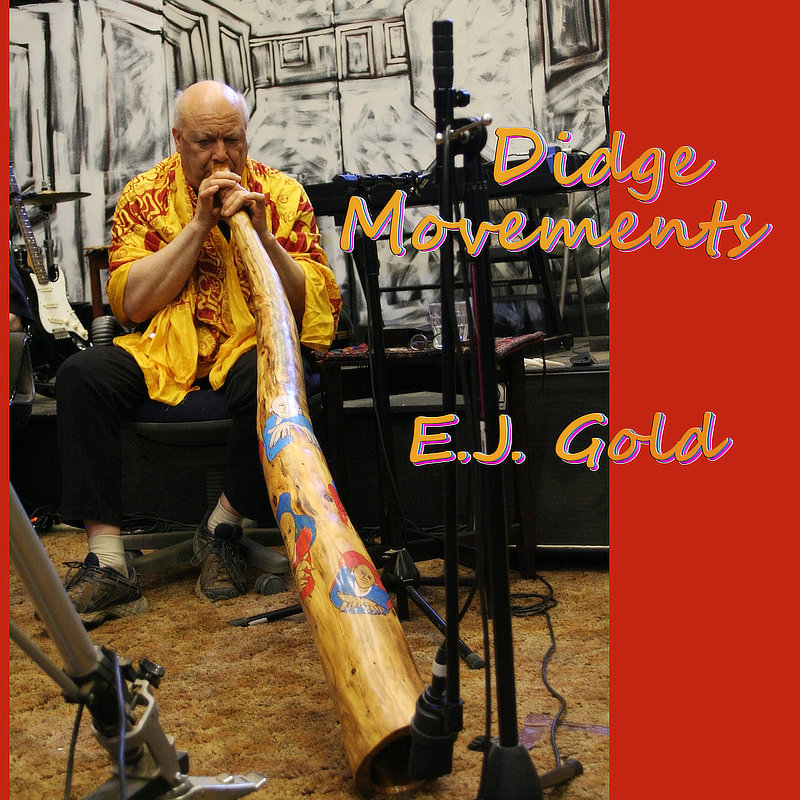 In between playing didge meditations for a live GorebaggTV broadcast, E.J. explained what it does. It provides you with a form of potent prayer as a result of a sound structure, in the form of an air compression that makes sound structure. And that sound structure is resonant with the prayer you intend. That prayer is encapsulated in the didge. These cuts E.J. directed for use with The Movements.

Click here for track samples and a purchase option.

If you are interested in the integration and harmonizing of your being and don't mind using your body in dance, this may be for you. And this is not for women only. Men dance and also, they drum.

As in ancient theater, viewing this performance heightens and elevates the senses. Thus, one may empathize with the dancers to experience the higher force invoked through ritual dance to manifest within this form in the world of matter.

This performance is another form of ancient prayer recorded preserving sacred mysteries in danger of being lost . . . .