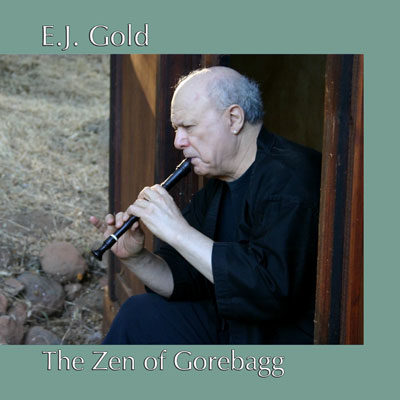 Zen Flute as a Practice

The Recorder as a Baroque instrument is not now and never has been of interest to me. In fact the first time I had one in my hands was when I investigated the box containing a rosewood recorder that had been left to me by Morgan just before she passed.

It lay in a beautiful antique box with a shelf below and a double door on the top, probably originally intended as a tabletop jewelry box. I opened it and examined the recorder within. There was a plastic recorder in the bottom section, and a very well-made rosewood instrument in the top, which had the number "1960" stamped on each of the three parts -- I assumed this was the year it was made or the manufacturer's model number.

I could make out a name also stamped on the parts -- "von Heune". I went to the browser and googled the name. There was, indeed, a van Huene recorder company located in Brookline, Massachusetts, so Barbara and I called them that morning and spoke to Emily in customer service.

I described what I had in the box, and she asked for the serial number of the hand-made instrument. Now I understood the number on the parts, and said, "1960". She left the phone momentarily, and returned to it in a matter of less than two minutes with the information about who had purchased it back in 1987, a full thirty years before. 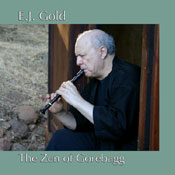 The music on these cds is excellent for listening, meditation, and inspiration for the budding zen flute player.
Click here for more info...

She told us something about the model, which is no longer made, and gave us the history. Then she said that she could not guarantee the sound of a thirty year old unplayed instrument. It might be great, it might be terrible, because an instrument like this, made of fine hardwood, should be played and cleaned and oiled regularly to keep it in good condition.

I told her that I'd never played a recorder. She said, "Can you get a sound out of it?"

I struggled it together and tooted on it a few times, then suddenly it seemed to come alive of itself, and I was playing all sorts of sounds on it, but nothing like the Baroque tootlings I remembered should come out of a recorder. 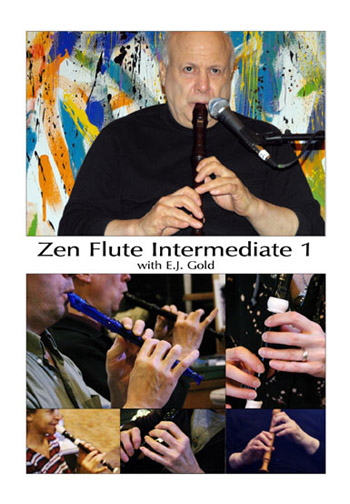 "First of all," Emily said over the phone, "the tones are very sweet and I can tell you that you have a very good instrument there. Secondly, you're playing it as if it were a Shakuhachi or Native American flute."

"No, no," she replied. "Lots of people play it in a wide variety of ways. Modern recorder artists aren't all Baroque music enthusiasts and there are many very avant-garde compositions for the recorder now."

I learned quite a lot about the care and feeding of a fine hardwood recorder from Emily, who studies at a conservatory near Frankfurt in Germany, where many of the very best recorders are made along with the American-made van Huene recorders which have a world-class reputation.

She also told me that I would probably appreciate the Alto recorder as the instrument of choice -- that the soprano was somewhat limited in repertoire and function, and that I might even prefer the deep tenor, and recommended that I buy a few plastic recorders to feel my way through this idea.

I bought a Yamaha alto at Foggy Mountain Music in Grass Valley that day, and went into the studio with that and Morgan's soprano van Heune rosewood instrument, and cut an album with my friend, the legendary Grammy-winning sound engineer, Oz Fritz.

Then a second album emerged, and a third, and a fourth and a fifth and sixth and seventh . . . .

I quickly realized the potential of this instrument as a tool for transformation. It had the effect of producing a profoundly transportative sound environment and a decidedly strong and deep reaction on those who heard it both in person and on YouTube.com, where we posted a few of the cuts from the albums I'd made over the week, one album per day.

The music came easy to me. Although I'd never played the recorder, it was the same for me as the sax, transverse flute and guitar -- my Parallel universe Personae or PuPs had helped me to instantly master it, as anyone with a Beacon could do.

I also noted a very strong healing effect and had the idea that if plastic flutes could do this, perhaps the wood flutes would have an even deeper effect. I kept in mind that the deepest secrets of natural magic held by the Druids was Tree Lore . . . .

The upshot of all this is that I ordered on approval four fine hardwood recorders, one in pearwood, one in boxwood, one in maple and another, one which had appealed to me when I looked on their website, the Rippert model in Grenadilla, a very hard, dense darkwood.

The next day, a large package arrived, within which were the four recorders. I spent the day testing each one against the other, looking for the best total effect.

The result was that I kept all four, because it turned out that each of them had a definitely different effect, especially in the area of spirit healing.

I also noted that the breath was controlled in different ways by different woods, and that the breathing was regulated and trained even better than in the case of the plastic flutes, which were pretty good for that purpose to begin with.

The pearwood had the closest sound to the Shakuhachi and Native American flutes. The boxwood was similar in its vibrations and timbre to that of the Turkish Ney. The maple reminded me of the sound of early hardwood flutes I'd heard, and the von Huene Rippert made of Grenadilla -- that was really something! It had an otherworldly sound and was by far the most responsive.

I researched it and discovered that it is described as "the best recorder made, bar none," by several very famous recorder artists. I had to agree.

The instruments had arrived next day air. It was Thursday when they came by UPS. By the end of the day I had decided to hold an impromptu House Concert in my barn on the following night, so we made a few phone calls to friends, and Jewel and Lee went down to Sacramento to pick up 40 brand new and very comfortably padded folding chairs. I was sure we'd have at least that many guests, and we did.

We videotaped the event, which is available on DVD, and at the same time we put it over our private passworded video channel to a few friends who were unable to attend in person.

I was stunned at the reaction, although I knew we really had something there...after two and a half hours of Zen Flute music, people did not want to leave. When they finally did file out, they did so silently, as folks will do having just spent some time in meditation or Satsang.

I'm on the eve of my second Zen Flute concert, with my friend Tito Rios, who plays a terrific classical guitar and has had many concerts with his wife and performance partner, Petra.

I can now see several values to the recorder if played as a Zen Flute:

That's my report so far. Stand by for more experiments and training techniques as they appear in the aethyrs!!!