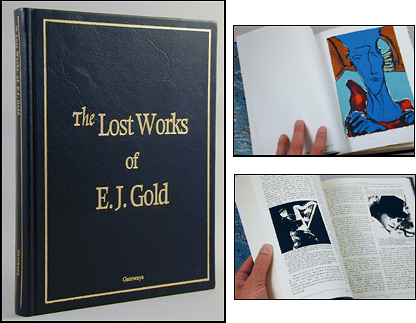 The Lost Works of E.J. Gold in hardbound version. 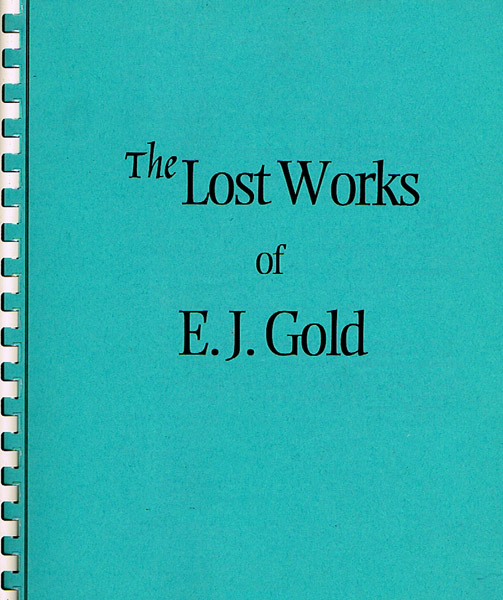 The Lost Works of E.J. Gold in softbound version.

The Lost Works of E.J. Gold

A collection of writings by E.J. Gold from approximately 1971 to 1976, many published as pamphlets for Gold's earliest students. Notably, it contains the "Brother Judas" material, read yearly by many practitioners, particularly over the Easter season, as well as Spontaneous Surrender and Psyche & Essence.

From the Foreword by Editor, Linda Corriveau:

In these early works, Gold asserted himself by the clarity of his thoughts and his practical approach to transformation. Though still very young, he deftly established himself as an authority in the field, gaining the respect of his peers and maintaining it ever since. His subtlety and profundity are pervasive. His formulations are exact and unequivocal. His straight-forwardness remains one of his trademarks to this day.

The language used in these early writing is particularly essence-oriented. Many of them express ground-laying ideas and are a powerful support for later publications. A central vision already present in these writings has continued to express itself in many forms over the decades. Some of the titles alone are nourishing to read because of the stirrings they provoke. I think of You Look Somehow Familiar Forever, Spontaneous Surrender, Cosmic Acupuncture and The Butterfly of Retribution, to name a few.

Rediscovering these early writings is a powerful reminder that we must preserve that which has preceded us and diligently transmit to those who follow in our path for the survival of the teaching. How quickly the passage of time erases our efforts. Participating in this project was a privilege because it gave several of us the opportunity to broaden our every day horizons and see how the lineage is constructed, how information is acquired and lost, and rediscovered, how the thread of filiation can so easily be broken.

The Lost Works of E.J. Gold also reflect an era when Gold worked in a different mode with groups. It speaks of a more public period, an experimental time. Work conditions change and Gold has always adapted himself to those changing needs.

We trust that The Lost Works of E.J. Gold will provide a gateway for readers to lay some basic groundwork for further inner explorations. For beginners, this is an excellent introductory book to ease into his later writings which are sometimes considered too difficult to access without preparation. For old-timers, this book should provide some useful reminders about the basis upon which we work.

Reading these writings has stirred anew certain parts of my being that respond to a deep inner voice which will not be silenced. Anyone reading The Lost Works of E.J. Gold will find many occasions to be stirred into awakening. We wish this to benefit them in their search.